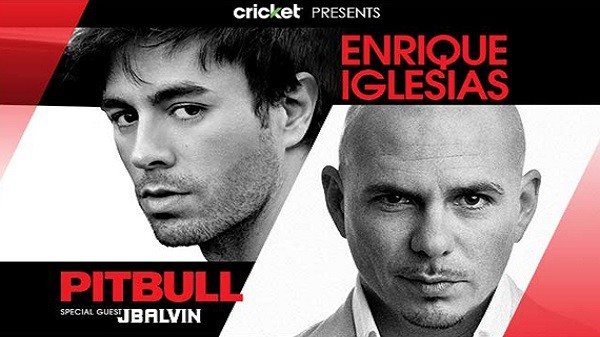 365 Twin Cities is giving away a pair of tickets to see Enrique Iglesias and Pitbull at the Target Center! We want you to be the winner and represent 365 Twin Cities at the show.

To win, you need to do the following things!

1. SHARE THIS BLOG POST with all of your facebook friends and twitter followers using the sharing buttons under this post!
2. COMMENT ON THIS BLOG POST and tell us WHY you would like to go, what your favorite Enrique/Pitbull song is. (be sure to use a legit email address or we cannot get in touch with you if are selected the winner!)
3. TELL YOUR FRIENDS about this contest and 365 Twin Cities! Be sure to use the Hashtag #365TC when you do!

To buy tickets and for more information, go to the Target Center’s Website at http://www.targetcenter.com/events/detail/enrique-iglesias-pitbull

Here is what they are saying about this upcoming show…

Taking the mantra of “Don’t Stop The Party” to heart, music’s hottest tour of the year will now return for a second set of concert dates – including a stop at Target Center on February 21!

So good luck and here in the Twin Cities, we are never stopping the party!