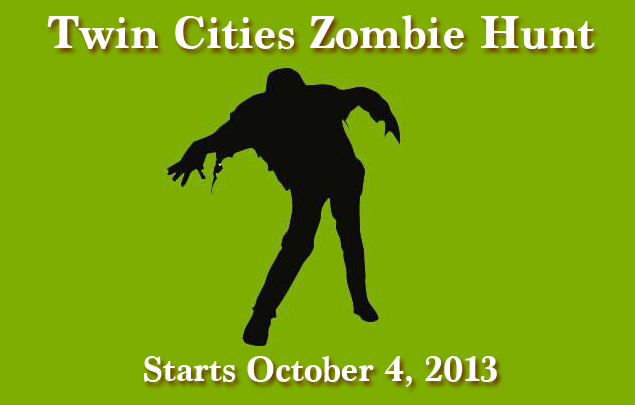 Perhaps it’s the impending zombie apocalypse (*tongue planted firmly in cheek*), but there seems to be a heightened interest in, and fascination with, zombies in our culture. Hollywood is churning out zombie movies at a manic pace, and books, novels, and comics are being written and illustrated almost daily, it seems.

If you want to get your piece of the zombie action, we suggest checking out the Twin Cities Zombie Hunt, hosted by NOC Paintball.

Paintball stations will be equipped with paintball guns, ammo, and all the gear you need will be provided. You will set up on a mobile trailer, which will maneuver through the playing field, as you shoot at zombies (live actors, of course) with paintball ammo. Your gun will be loaded with glow-in-the-dark paintballs, and you splat the evil zombies as you whir through the dark of night on the mobile station.

NOC Paintball will be unveiling, for first time ever, the highly anticipated, glow-in-the-dark paintballs. Even the most hardcore paintballers are eager to check out this event because of it. The new glowing paintball technology utilizes an adapter which activates the paintball creating a tracer after every single shot.

As an American, it is your patriotic duty to do your part to fend off the hoardes of the living dead. Report for duty this Friday, October 4th, 2013 and help control the zombie population.

More information can be found at twincitieszombiehunt.com.