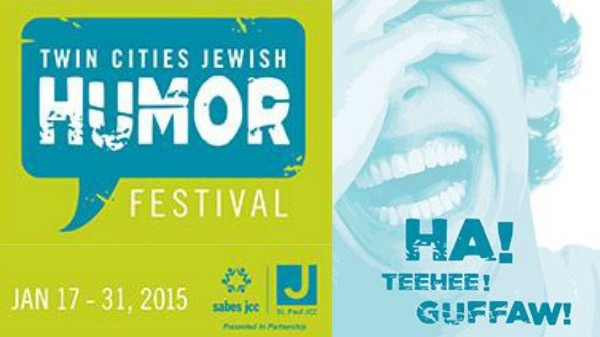 Six years and they don’t look a day over four! The Twin Cities Jewish Humor Festival, is gearing up for its 6th year!

The Humor Festival combines one-act plays, one-person shows, music performance, stand-up and improvisational comedy, story-telling, film, visual art, workshops, and so much more – all in celebration of the Jewish contribution to the world of humor!

A Jewish mother, a passionate environmentalist, and a reluctant atheist, Annabelle Gurwitch gained a loyal comedic following during her numerous years co-hosting the cult favorite, Dinner & A Movie on TBS and in her years as a regular commentator on NPR. Actress, activist, and New York Times Bestselling author, she has guest starred in over 50 TV series, and her essays and satire have appeared in Harper’s Bazaar, Marie Claire, The LA Times, Huffington Post, and in three humor anthologies. Her most recent book is I See You Made An Effort: Compliments, Indignities and Survival Stories from the Edge of 50. Recommended for ages 16+.

LA-based, Jewish lesbian comedian, Dana Eagle, began her career in musical theater but quickly was asked to leave. She has appeared on Last Comic Standing, The Late, Late Show With Craig Ferguson, Comedy Central, and Comics Unleashed, where she became a contributing writer. She is a frequent opener for Bill Maher and has taken several trips overseas to perform for the troops in Iraq.
Lisa Geduldig is a New Yorkbred, San Francisco-based Jewish lesbian comedian. Her style of comedy is charming, intelligent, and somewhat deadpan. She is also a bilingual publicist (Spanish- English) and a budding filmmaker. Recommended for 18+ (language/content).

Started in India, laughter yoga is now practiced in 53 countries, including the United States, and anyone can do the simple exercises (stretching, breathing and laughing). No need to be flexible, wear special clothing, or know anything about downward dogs. Let go of your inhibitions and discover what laughter can do for you and everyone else in your life. As an old Yiddish proverb says, “What soap is to the body, laughter is to the soul.”
Esther Ouray is a certified Laughter Yoga teacher and leader. When she is not laughing, she is a performing and teaching artist, as well as a registered yoga teacher and certified massage therapist. She was the leader of the Powderhahahorn Laughter Yoga Club and has led laughter yoga for seniors, children and people with disabilities.

Come celebrate 100 years of “The Little Tramp” with Dan Kamin, the physical theatre guru who trained Robert Downey Jr. for his Oscar-nominated performance as Chaplin, and who created Johnny Depp’s moves for Benny and Joon. This one-of-akind event takes audiences on a magical excursion into Chaplin’s enchanted comic world through film clips and live performance, with accompaniment from MN-based Zachary Scot Johnson. There’s lots of fun audience participation, and the program is one that kids will enjoy as much as adults. Recommended for All Ages!

Aaron Friedman is an award-winning stand-up comedian and half the Torah Comedy duo “The Bible Players.” Winner of The Jewish Week’s “Funniest Jew in NY” Contest and graduate of JTS/Columbia, Aaron has entertained Jewish crowds of all ages at synagogues, college Hillels and Jewish summer camps all over the country. He lives with his Rabbi-wife in Long Island, NY. Kicking off the night are returning favorites and local “Jew-ish” improv troupe, The Chosen Few. Presented in partnership with the Northstar Region BBYO. Recommended for teens and adults.

Americans have long depended on Canada for three things: oil, maple syrup and comedians. David Steinberg counts among Canada’s biggest comedic exports. Born in Winnipeg, he attended Yeshiva in Chicago, abandoning his studies to join the legendary Second City. He never looked back. QUALITY BALLS features priceless archival footage of Steinberg’s performances, including The Tonight Show with Johnny Carson and the standup shows that put him in the ranks of George Carlin and Richard Pryor. At times too controversial for US networks, his religious sermonettes generated more hate mail for CBS than any network had ever received, resulting in the cancellation of The Smothers Brothers Comedy Hour. His directing credits include Seinfeld, Mad About You, Golden Girls and Curb Your Enthusiasm. Steinberg’s incredible career influenced a generation and now, after 25 years, he returns to the stage in this exceptional film biography. Recommended for teens and adults (some language).

Samson Koletkar was born in Mumbai and raised Jewish. He fulfilled his parent’s dreams by earning a Master’s in Computer Software, but upon moving to San Francisco for work, fell in love with stand-up comedy. As a first generation immigrant in America, Samson brings a refreshingly new approach to cerebral, witty, thought-provoking, clean humor with a global perspective. He has performed all over the world and has been featured on Asian Jewish Life, Indian Express, NBC Bay Area, CBS and NPR. Twin Cities Jewish Humor Festival veteran and Temple Israel’s Rabbi Sim Glaser, kicks off the evening! Recommended for teens and adults. Presented in partnership with the India Association of Minnesota (iamn.org).

You can purchase tickets HERE or you can always check out HALF PRICE MN to see if tickets to any events are available!

So Twin Cities, are you going to check out any of these comedy events? Let us know what you think by commenting below or sharing on social media. 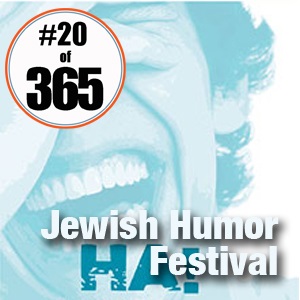