To Kill a Mockingbird at Guthrie Theatre

Now, first off the bat, I want you to know that I usually like to accompany my articles with lots of pictures. They’re colorful, they make my articles look longer than they actually are, and taking them gives my wife something to do. This time, no pictures. The Guthrie doesn’t let you take any pictures when you’re in their theatre, and I forgot to ask (make) my wife take any outside, so the only picture I have for you is one I just drew of the little girl in To Kill a Mockingbird, Scout: 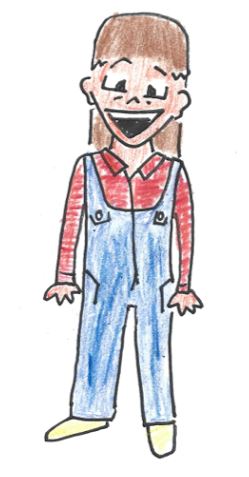 You readers are lucky I have a photographic memory. Anyway, To Kill a Mockingbird is the Guthrie’s latest big thing, a stage adaptation of Harper Lee’s 1960 ground-breaking novel. A lot of you remember reading it in high school, and some of you say that it changed your life. I never got that. I mean, I’ve read some real whoppers in my time, but the only thing that ever changed my life was when I learned how to make Russian dressing.

For those of you who spent English class looking out the window, To Kill a Mockingbird is a coming of age story set in 1930’s Alabama. Brother and sister Jem and Scout look on as their father, the idealistic and heroic lawyer Atticus Finch, tries to defend Tom Robinson against a false rape allegation — a death sentence for a black man back then. We learn the importance of moral standing and why prejudice is wrong. You really should have paid attention to this one and looked out the window during any other unit, like Hawthorne or Cather.

How does our own Guthrie Theatre stand up, then, for this momentous undertaking? Brilliantly. This production is a patent of Minneapolis’ place among the most cultured and fortunate cities in the world. That I live in a place where I may see such a riveting play is why I love writing about our fair city. This production dearly deserves the rounds of applause that it’s earning every night.

The adult leads, Baylen Thomas as Atticus Finch, Ansa Akyea as Tom Robinson, Bruce Bohne as Bob Ewell, and the rest of them never made me aware that I was watching a play. For all I cared the events unfurling on that stage were real. And you know that feeling of envy you get when you see a really talented little kid doing something amazing and then realize that all you were doing at their age was mashing Play-Do into the dog’s back fur to see how much you could stick to him until it fell off or he wouldn’t tolerate it any more? That’s the feeling I got watching the talented little buggers who played Jem, Scout, and Dill.

The set was gorgeous. You could almost see the Alabama swelter warping the floorboards as the play went on. I’ve never seen better dramatic application of strobe lights, either, further amplifying a plenty shocking climax. The actors accidentally misfired the prop rifle during the rabid dog scene, but who cares? Not me.

You might have sensed that I’m not a theatre expert, but when you start with one of the greatest novels of the 20th century and then put it in the sublimely capable hands of the people at the Guthrie, even a scrub like me is going to get blown away at the spectacle of it all. I even almost would have cried at the ending if I hadn’t emotionally died inside years ago. Go and see this marvelous play before its run ends on the 25th!
To Kill a Mockingbird at Guthrie Theatre
818 South 2nd Street
Minneapolis, MN 55415 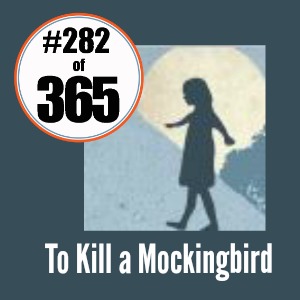 About the Author: David Scheller

David is a freelance writer based in Uptown Minneapolis Davidwscheller@gmail.com