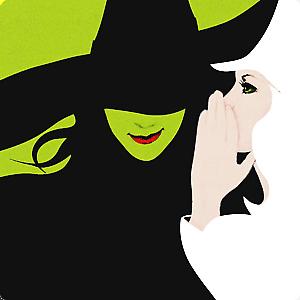 Wicked at the Orpheum runs now through October 27.

October is a great month for theatre in the Twin Cities. Nights are longer, there isn’t any snow on the ground (yet), so it’s the perfect time of year to get out and enjoy all that downtown Minneapolis and St. Paul have to offer. Dinner, a show, drinks after. Make it an evening and see something great! Look at all of these fantastic options happening right now. Click on the links below for performance dates and times.

Wicked at the Orpheum in Minneapolis. Broadway darling, and winner of three Tony Awards, Wicked is the story of the three witches from Oz, before they met a certain fate that a girl from Kansas brought upon them. Runs through October 27.

Carrie The Musical at the New Century Theatre in Minneapolis. Based on the Stephen King horror classic, Carrie The Musical is a story of a bullied teenager with an oppressive mother, and…you probably know that it doesn’t end well. Runs through October 27.

Baby Case at the History Theatre in St. Paul. This Barrymore Award-winning musical takes us through the kidnapping of the Lindbergh baby, and the sensationalistic media-frenzied aftermath. Runs through November 3.

Tribes at the Guthrie in Minneapolis. Tribes is the story of a deaf man who was raised among his hearing family. When he is introduced to the deaf community, an entire world opens up to him. Winner of a 2012 Drama Desk Award for Outstanding Play. Runs through November 10.

Displaced Hindu Gods at the Mixed Blood Theatre in Minneapolis. Three plays, based on the Hindu deities, Brahma, Vishnu, and Shiva, and their journey through the modern Western world. Runs through October 27.

Northrop Presents Ballet Preljocaj at the Orpheum. Created in collaboration with the Bolshoi Theatre, this work is inspired by the Book of Revelations, and invites a contemplation of the end of the world in the abstract. One-time performance October 30.

Little Bird That Was Caught at the Steppingstone Theatre in St. Paul. A premiere outlet for youth theatre, the Steppingstone presents a story of a pioneer girl who develops friendships with local Dakota children, and becomes a liaison between two cultures. Runs through November 3.

Fiddler on the Roof at Chanhassen Dinner Theatres. Classic musical theatre at its best, Fiddler on the Roof is the story of a peasant milkman struggling with trying to preserve tradition while his daughters become more influenced by the outside world. Runs through February 22.

Cowgirls at the Old Log Theatre in Excelsior. Cowgirls is  fish-out-of-water slapstick musical comedy about three classically trained musicians accidentally booked to play a country bar in danger of being closed if they don’t raise enough money. Runs through October 26.

Mary T. & Lizzy K. at the Park Square Theatre in St. Paul. An inviting conversation between Mary Todd Lincoln and her seamstress, freed slave, Lizzy Keckly, unknowingly preparing for a fateful night at the theatre. Runs through November 10.