Be sure to pick up your 49th anniversary button!! Here is what this years button looks like!

The 2015 Buttons are available for $3.00 each at these fine local retailers:

The focus of the parade has always been on family groups, so motorized vehicles are kept to a minimum, except for dignitaries.
The St. Patrick’s Day Parade is traditionally held on March 17th, unless it falls on a Holy Day or a Sunday.

The parade route starts at Nicollet and 11th Street until it reaches 5th Street.

Have a great time next Tuesday and be sure to wear green! 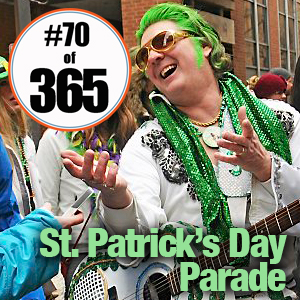