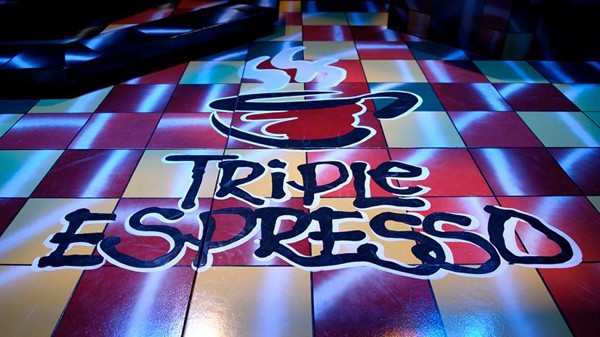 Living the Twin Cities, I have always enjoyed doing unique and fun things. Being a fan of comedy and enjoying most shows I was told by some friends that I needed to see Triple Espresso. I thought to myself sure thing, I will get right on it. (I so didn’t)

After a few year’s, someone else told me that Triple Espresso was back in town and that I needed to see it. Well, finally after curiosity had consumed me I decided to go. I went and I was amazingly impressed and still remember laughing until my side hurt from this wonderfully constructed show!

A little info about the show from their website…

A hit across America and Europe, the madcap comedy “Triple Espresso” is the story of a singer/pianist, a magician and a comic, who recall a lifetime of show-business disasters — from dust storms in Nebraska and dancing in Zaire to an incident involving a gorilla and 4 glorious minutes of failure on live television — in hilarious fashion. The show’s twelve-year run at the Music Box, stretching from 1996 to 2008, broke Minneapolis theater records, and now it’s back home for another strong jolt of music and mayhem.

It’s the irresistible story of a comedy trio going for their big break, only to have their hopes dashed over and over on the rocks of one magnificently funny failure after another. Singer/pianist Hugh Butternut, magician Buzz Maxwell and comic Bobby Bean reluctantly reveal the details in a high-energy joy ride that will make you laugh and laugh and laugh!

Triple Espresso is recommended for ages 6-106! The show runs approximately 2 hours and 10 minutes, including a 15 minute intermission. The irresistible story of a comedy trio for whom everything went hilariously wrong. A high-energy joy ride of laughs!

I personally recommend this show highly and with it in it’s 20th anniversary celebration, you never know what you are going to see. Per the website…

As part of the 20th anniversary celebration, there will be fun surprises at all upcoming performances in January and February, with giveaways, contests and photo opportunities! For most shows between Jan 28 – Feb.15, at least two of the original cast members will perform. And, Triple Espresso will donate a portion of ticket proceeds to local charities.

Need a taste? I found this short clip on YouTube. It may not make sense but it is just a little taste of what you can expect!

So have you seen Triple Espresso? If so, tell us about what you thought? 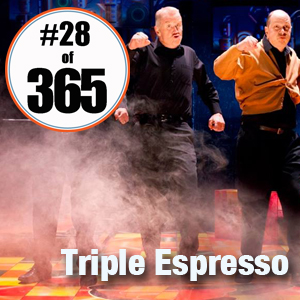