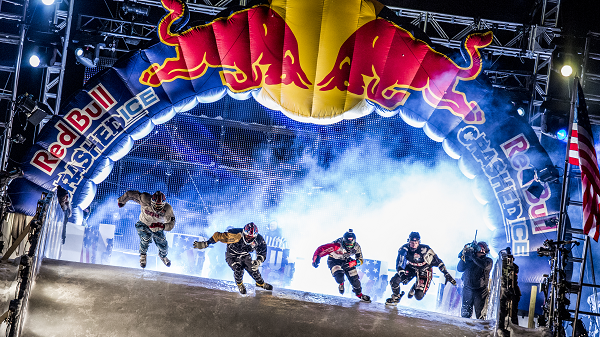 As we start the countdown to the Saint Paul Winter Carnival 2015, we get ready for one of the most popular events to hit Saint Paul every January. We are talking about the Red Bull Crashed Ice! Over the past three years, this has become a staple event and they are returning this year for their 4th year in a row!

The capital of Minnesota will kick off the Red Bull Crashed Ice season on the frozen banks of the Mississippi River!

American aces have been racing for a few years in the Ice Cross Downhill World Championship, but they are now hoping hard training in the off season and a ferocious dedication to the sport will pay off in Saint Paul at the inaugural event of the season. With local hero Cameron Naasz, a native of Minnesota, having pushed the boundaries of the sport and almost clinched the title in 2014, and the likes of Canadian Scott Croxall and the defending champion, Marco Dallago, of Austria, lacing up for action, it promises to be another year of fierce competition.

For the past three freezing-cold winters, Saint Paul has hosted the ice cross downhill competition, with a huge crowd of more than 100,000 people converging under the gaze of the imposing Cathedral of Saint Paul to witness the high-speed action that features skaters competing in four-man heats in a race to the bottom of a long ice track full of obstacles. The sport appeals to what Americans like most in sports – a physically challenging, rough, tough sport coupled with high-speed action and agility. Americans have done surprisingly well as neophytes in their first few years in the 15-year-old sport, despite having far less experience than established nations like Canada, Finland, Germany, Switzerland, and the Czech Republic.

The 2015 track will start in front of the Cathedral of Saint Paul and the riders will be propelled over a bridge. All skills will be needed in Saint Paul, as the skaters will require a steady momentum to face the obstacles, the last corner-jump, and the final sprint to the finish line.

Here are the event details in Saint Paul!

Want to know more about what this extreme ice cross downhill event is all about? Check out this video highlighting some of the best crashes last year!

Will you be braving the cold to check out this unique “Thing To Do” in our capital city of Saint Paul? 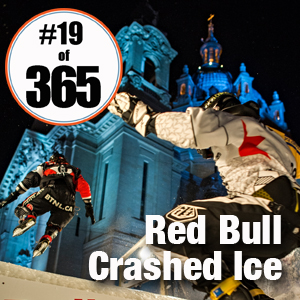