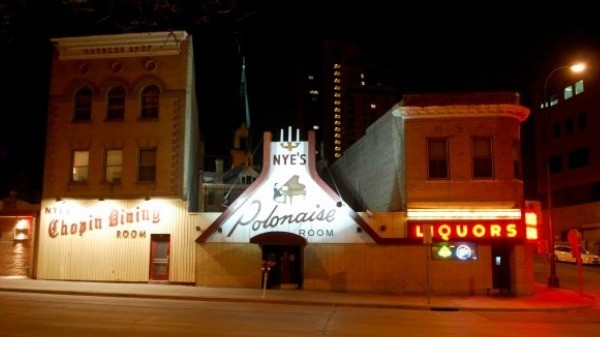 When it was announced last year that Nye’s Polonaise Room would be closing their doors in August or September of 2015, there was a cry from the Twin Cities that can still be heard. Everyone I have met can remember the first time they went to Nye’s and the exact thing that endeared this Twin Cities’ icon to their hearts. For me, it was sitting around with my friends singing karaoke to a live piano (just make sure the song you want to sing is in the book).

Nye’s is home to the “The World’s Most Dangerous Polka Band,” and has been a local landmark for decades. In 2006, it was named by Esquire magazine as the best bar in America.

THE ORIGINAL OLD SCHOOL
Opening in 1950, Nye’s Polonaise Room hasn’t changed a whole lot since then. But if we go further back, the building it occupies dates from the 1880’s and for years was home to a working man’s bar named Hefron’s.
Al Nye bought the place in the late 1940’s, and being a machine shop foreman himself, he kept it close to it’s blue color roots. In 1964, his success at running the bar enabled him to buy the building next door for a dining room addition, which he renamed The Polonaise Room. Thankfully, all the 1960’s hipster regalia is in full bloom at Nye’s: the curved piano bar with Chopin portrait, the red carpeting, the dark wood paneling and the gold flecked booths. Like it has since it opened, Nye’s still anchors the gateway to the Nordeast and continues to add to the funky, indescribably irreverent personality of this section of town.

REAL FOOD FOR REAL APPETITES
When dining at Nye’s, we have one simple rule for our guests to follow, “jedzcie pijcie i popuszczajcie pas.” Which translates from Polish to, “eat, drink and loosen your belt.” Here, the portions are generous and the drinks honest. So when you’re fantasizing about the perfect Surf and Turf combo, dreaming of tender, Bone-in Prime Rib or just thirsty for a meticulously prepared martini, join us at Nye’s. Because the classics never go out of style.

So while you still have time Twin Cities, please go make some memories at Nye’s! 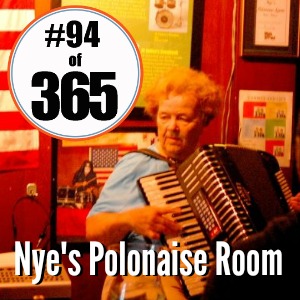