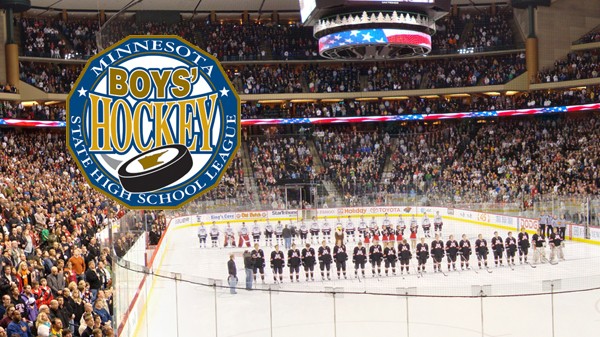 March in Minnesota means a few things. Snow, cold, and it will blizzard over the MN State Boys’ Hockey Tournament weekend!

I remember watching Benilde-St. Margaret’s emotional run to their 2012 championship after Jack Jablonski was injured. Will all of the action, we enjoy watching the drama unfold. This is the passion of the State of Hockey and it is seen in the high school players and students love for the game!

Even if you do not have a child playing in the tournament, it is always fun to see all the action at the XCel Energy Center or on TV!

From the Minnesota State High School League website, here is some info about the tournament…

In the ninth year of seeding the qualified teams, Hermantown was chosen No. 1 in Class A and Lakeville North was chosen No. 1 in Class AA for the 2015 State Boys’ Hockey Tournament.
The Hermantown Hawks qualified for the sixth consecutive and 12th overall time. They are seeking their second state title. The Panthers of Lakeville North are making their second consecutive and sixth overall trip to the tournament and are still looking for their first state championship.
Both defending champions also return to this year’s qualifying fields. The Green Wave of East Grand Forks are looking for their second title in Class A, while the Edina Hornets are seeking their 10th championship in Class AA. East Grand Forks is the No. 3 seed in the Class A field and Edina is the No. 2 seed in the Class AA tournament.
Spring Lake Park is the only school making its debut appearance. The Panthers compete in Class A.
Class A teams will play their quarterfinal games on Wednesday, March 4, and Class AA teams will follow suit on Thursday, March 5. Both classes will continue with championship semifinals on Friday, March 6, and then third-place and championship games on Saturday, March 7. Consolation semifinals for Class A are scheduled Thursday, March 5, with Class AA following suit on Friday, March 6, and both consolation championship games on Saturday, March 7. All 2015 State Boys’ Hockey Tournament championship-round and third-place games in both classes will be played at Xcel Energy Center in St. Paul. All consolation rounds for both classes will be played at Mariucci Arena on the University of Minnesota Minneapolis campus.
The seeding process had all 16 coaches of the section champions log onto a special page of the League website. Each coach then ranked the other teams in their class one through seven. The highest and lowest rankings for each team were discarded, leaving five rankings for each team. From those rankings, the top five teams were seeded. In conference calls with all eight head coaches of each class, League Associate Director Craig Perry announced the top five seeds. An impartial participant then blindly drew the three remaining teams from a hat to establish the opponent for the top three seeded teams. Numbers four and five automatically play each other.

If you cannot attend, there are options to watch on TV and online.

KSTC-TV, Channel 45 will televise all championship-round games live. For specific cable channel coverage, visit www.KSTC45.com. All of the televised games will also be streamed live at Prep45.com for a fee of $4.97 per day. Fans may also follow all games live statistically by clicking on links at the League website.

For tickets and more information, please check out the MNHSL website at http://www.mshsl.org/mshsl/index.asp 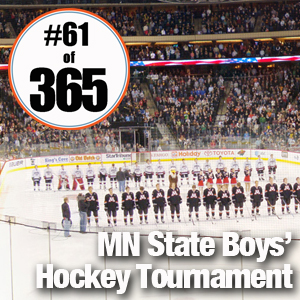