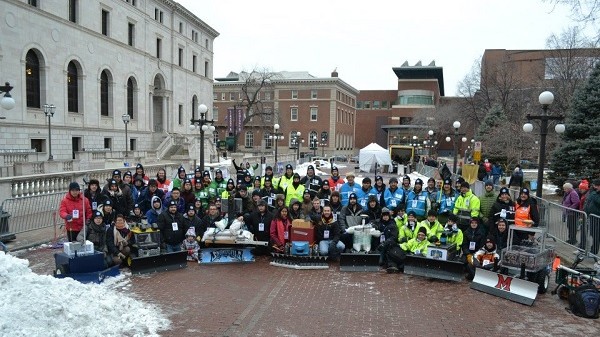 One of the more unusual and fascinating events happening at the Saint Paul Winter Carnival this year (actually should say for the last five years) is the ION Autonomous Snowplow Competition. And seeing as this is the “Land of Snowplows” (we are coining this term), I thought it would be appropriate to cover it. Also anything that would make it so that I don’t have to go out and shovel is a win in my book!

A competition designed to encourage students and individuals to utilize the state of the art in navigation and control technologies to rapidly, accurately and safely clear a path of snow. This year, eight teams from the US and Canada will be coming to downtown St. Paul to claim the title of having the best autonomous robotic snowplow.

The teams are challenged to create autonomous snowplows using technologies such as GPS, Laser navigation and optical navigation to create a machine that is able to clear a path of snowfield, in configurations that mimic sidewalks and driveways. This competition is to help drive innovation in the future industry of autonomous robots that will eventually become part of our every day lives.

Teams are judged on how much snow is removed, how quickly it is removed and how the machine reacts to different obstacles placed in its path.

Where / When
West 4th Street, between Rice Park and the Saint Paul Public Library on Friday, January 23, 2015

* Times are subject to change based on weather conditions

To learn more, visit autosnowplow.com to learn more about the competition and additional information. 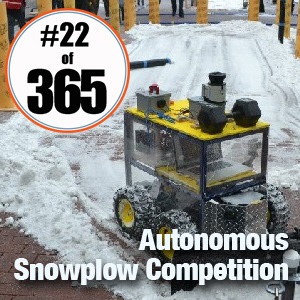