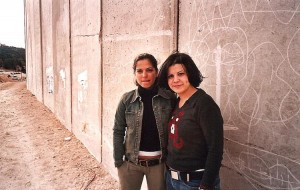 Are you a fan of cinema? Do you enjoy your Netflix a bit too much? Love all those indies, documentaries, and foreign films as much as the Hollywood blockbusters? Are you the type to lose yourself in the plot of a movie?

If those touching moments on film make you verkelpmt, schlep on over to the Minneapolis Jewish Film Festival, which begins this Thursday, March 24th and runs through April 10th.

The Opening Night Party begins March 24th at 6pm in the swanky new Lobby Lounge at the Showplace ICON Theatre. Food is provided by Spirit of Asia and there will be a cash bar and tapas. Then at 7pm, head into one of the theatres for a screening of the award-winning film Anita.

Also, catch these other films throughout the festival:

Of course, Gentiles are always welcome. Check the complete list of films for show times, venues and plot synopses.