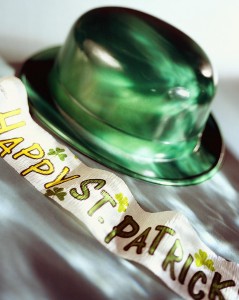 Not being much of a drinker, the thing I look forward to every March, besides tax refunds and warming weather, is the Shamrock Shakes at our favorite fast food joint with the giant arches. Lame? Perhaps.

If you’re not a St. Patrick’s Day Scrooge and like to participate in the festivities of the holiday, there’s plenty going on in St. Paul this year.

Tap O’ The Mornin’ To Ya at Groveland Tap

For starters, Groveland Tap in St. Paul opens at 8am to provide breakfast and beer with Tap O’ The Mornin’ To Ya. Stop in for an Irish breakfast, and enjoy a pint before you go on your merry way. Groveland Tap is providing free shuttle service to the St. Patrick’s Day Parade.

St. Paul’s St. Patrick’s Day Parade will begin at noon at the corner of 4th Street and Sibley in downtown St. Paul. The parade will travel west on 4th to Rice Park (4th and Market). See bagpipers, heritage groups, families, business officials, and performers take over the streets of downtown and Lowertown St. Paul as 4th Street turns into a sea of green with music, dance and merriment.

Ok, officially signup is closed, but don’t let that stop you from joining in the fun! The Leprechaun Pub Crawl is actually 3 separate crawls this year. You have the Downtown St. Paul crawl, the Upper West 7th crawl, and the Grand Avenue crawl. You won’t have a t-shirt or the party favors, but join fellow crawlers in whatever area of the city you find yourself.

This St. Patrick’s Day, there’s lots to see and do in St. Paul, starting with beer breakfast at Groveland Tap and moving on to downtown, West 7th, or Grand Avenue. Where will you be? Let us know in the comments.

Please make sure you eat something and drink responsibly.