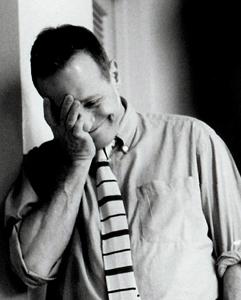 David Sedaris, a man well-known for his derisive wit and keen, humorous social commentary, will be making an appearance at The Historic State Theatre in Minneapolis on Sunday, November 13 at 7:00 pm. No stranger to the New York Times best seller list, David Sedaris has written several popular tomes, his most recent “Squirrel Seeks Chipmunk: A Modest Bestiary” published in October of 2010.

If Sedaris’ books really tickle your funny-bone, then you won’t be disappointed upon seeing him live. Sedaris’ sarcastic sense of humor, which reads so well in print, translates surprisingly well to other mediums including live performances. When not on tour, fans can tune in and listen to Sedaris’ humorous discourse on National Public Radio’s This American Life.

A book signing will follow the author’s appearance on-stage, so have your favorite book(s) at the ready!

Tickets range in price from $35 – $42, depending on seating preference.

Purchase your tickets in person at: