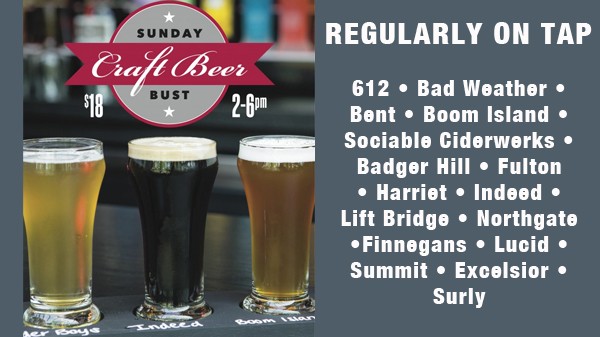 Unless you’ve been living under a rock the last few years, you’re well aware that craft beer has become big business all over the country, and nowhere more evident than in our beloved Twin Cities. With new breweries and brew pubs popping up faster than microwave popcorn. Minnesota, and particularly the Twin Cities, is fast becoming a force to be reckoned with in the craft beer scene nationwide.

Well, craft beer lovers rejoice! Mattie’s on Main offers you a chance to celebrate the craft of brewing beer by trying some of your favorite local craft brews each Sunday.

Show up, pay $18 and fill up your glass with any of 16 different local craft beers that are offered on tap.

Bring a board game, sit back, try all the local brew pubs, breweries, and taprooms all in one spot for only $18! 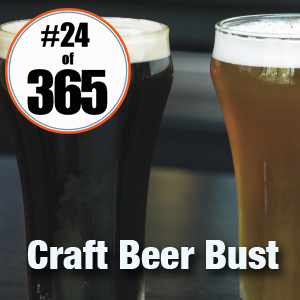