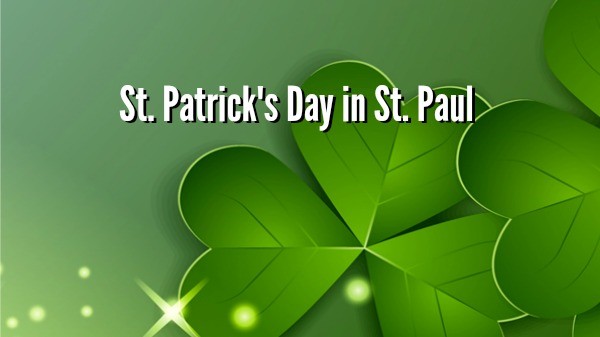 Celebrate St. Patrick’s Day in St. Paul, where the state started and by some of the fine Irishmen who came here to find their pot gold at the end of the rainbow. Check out each one of these establishments, as each of their takes on Irish hospitality is different. From the comfort of an Irish fire on a cold Minnesota night to the lively Friday and Saturday down at the local pub. Though each has their own “Luck of the Irish” going for them!

Built in 1888, this charming building housed an eclectic array of sometimes questionable establishments before becoming, in 1982, one of our Saintly City’s favorite haunts – Patrick McGovern’s Pub.

Located in the heart of Saint Paul’s original Seven Corners neighborhood, this Victorian Romanesque structure listed on the Historic Register was originally known as the Smith Building, so-named for the prominent lawyer, financier and one-time mayor who razed his home to build it. Along the way, watering holes of one nature or another came to occupy its street-level, corner-most section, last home to the long-time Brass Rail.

When Pat first bought the old saloon, the place was little more than a worn-out, oftentimes rough, dive bar in an area with a reputation at that time for being much the same. Sledgehammer in hand, Pat knocked open a passageway to what is now the middle room to make way for a restaurant, jazzed up the decor and cleaned up the joint. When the doors opened in August 1982, the now famed Hot Turkey Sandwich was on the menu.
– See more at: http://www.patmcgoverns.com/About/Our-History#sthash.GJHA3zup.dpuf

Welcome to Casper’s and Runyon’s Shamrocks Irish Nook! Here in St. Paul, Minnesota you can find a number of pubs and burger places, but there’s only one Shamrocks Irish Nook! Come for the live music, food and drink specials, and oh yes, our free shuttle to all Wild and Vikings home games!

So stop on in if you want to grab a quick bite, enjoy a few drinks with friends or have a tasty dinner. Check out our upcoming live music schedule our drink specials and our awesome menu featuring our amazing Shamrock Burgers!

The Liffey Irish Pub first opened in February 2003 and is part of the Cara Irish Pub family which includes our sister pubs The Local, Kieran’s Irish Pub and Cooper Pub. In the summer of 2011 we remodelled the pub, adding more color and flair along with more bench and high booth seating, while still retaining our warmth & charm. The pub was built in Dublin, Ireland before being constructed here in St. Paul.

The Liffey was chosen as the name to celebrate both our proximity to the Mississippi river and our cultural ties to Dublin as The Liffey is the name of the river that runs through Dublin, Ireland. 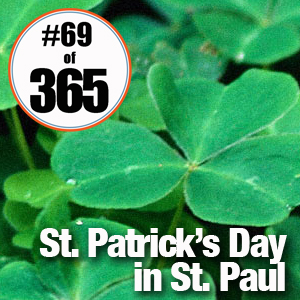