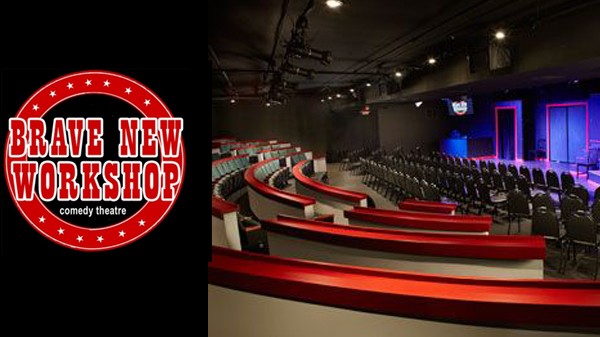 Some of the best comedy in the Twin Cities comes out of the Brave New Workshop. They have original comedy from Twin Cities based comedians to Internationally known stars. You can also takes classes in their workshop, if you happen to be an aspiring comedian.

They tell it best with a little bit of their history:

The Brave New Workshop has been performing original satirical sketch comedy and improvisation since 1958, longer than any other theatre in the United States. The Brave New Workshop began after Ringling Bros. Barnum & Bailey Circus aerialist Dudley Riggs survived a near-fatal fall from a trapeze. He decided, for obvious reasons, to move to a less risky career and started his own “Instant Theatre Company” with a cast assembled from the circus and vaudeville circuits.

They opened off-Broadway with a show consisting of vaudeville-style sketches, burlesque blackouts, and something completely new: the use of audience input in the creation of “instant theatre.” That was the beginning of comedic improvisation, as it’s widely known today. After touring nationally, Dudley and his “Instant Theatre Company” found a permanent home in the Twin Cities in 1958, and the name, Brave New Workshop, was added in 1961 when they moved to their historical 2605 Hennepin location. In the more than 50 years since its founding, the Brave New Workshop has put on more than 250 original productions and exposed over 3 million people to the theatre’s unapologetic and unwavering, brand of comedy and improvisation.

Currently you can get tickets to:

You also might recognize the owner of Brave New Workshop – he happens to be a local celebrity for his antics at Minnesota Timberwolves games! 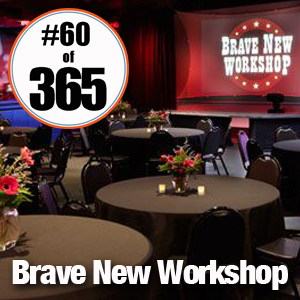