You are here: Home / 2015 / Arctic Blast Snowmobile Rally with the Minnesota Vikings 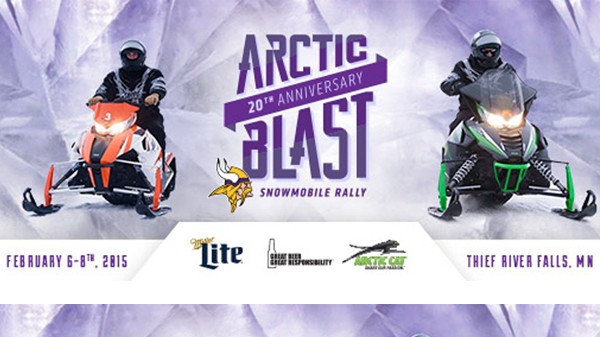 Happy Super Bowl Sunday and sadly for us in Minnesota, once again the Minnesota Vikings are not a part of the big game! SIGH! However, the Vikings are a part of the 20th Annual Arctic Blast Snowmobile Rally held up in Thief River Falls next weekend.

We are aware that this is not technically in the “Twin Cities” but since it is a Minnesota Vikings event we are calling it close enough. 🙂

So you are probably asking why they are doing this up in Thief River Falls…well our best guesses are, there is probably more snow up that way, TRF is home of Arctic Cat snowmobiles, and there are a lot of awesome Vikings fans throughout the entire state of Minnesota.

The weekend a ton of awesome events up in the Thief River Falls area such as a community night Friday featuring the Vikings group vs. Team Thief River Falls in a indoor flag football game. Saturday events include snowmobiling with the Vikings, Arctic Cat assembly plant tours and a concert Saturday night featuring a bombastic celebration of rock from the band Hairball and a $30,000 Prize Party Sunday morning.

Curious about who will be there this year from the Minnesota Vikings? Check out this sweet graphic! 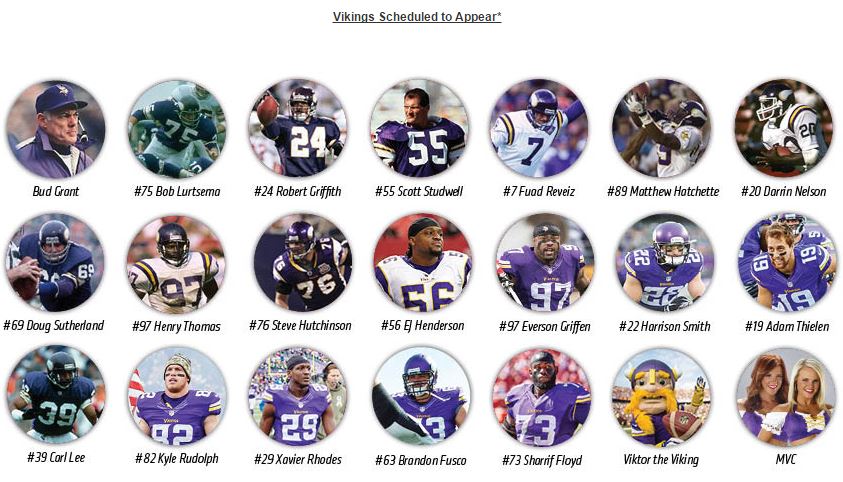 Plan on making the trek up north next weekend February 6-8 and enjoy winter while it is still here. To register and to get the full schedule, just check out their website at http://www.vikings.com/schedule/arctic-blast/ 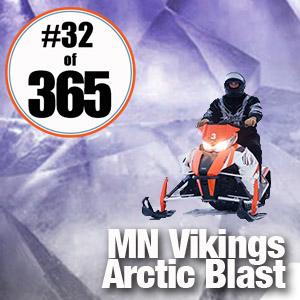