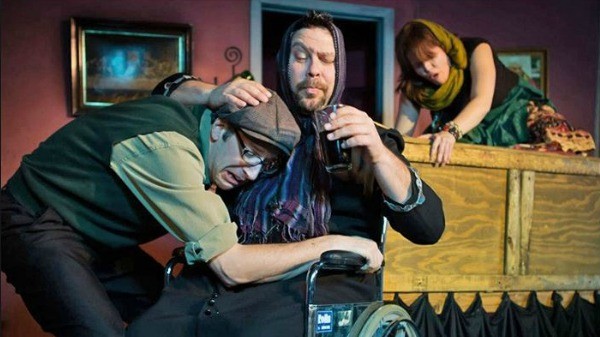 Check out Flanagan’s Wake at the Cabaret Theater at Camp Bar on Friday, March 13th. It is just the thing to kick off this St. Patrick’s Day Weekend and get in the spirit of the holiday!

Flanagan is dead, but don’t be sad because remembering his life is all about laughs! Back by popular demand, it’s Flanagan’s Wake, the hilarious, interactive Irish funeral. Come celebrate the life of our dear friend, Flanagan, by hoisting a pint and joining in on the tales that unfold. Join the villagers of the beautiful Grapplin, County Sligo, Ireland, as they tell tales, sing songs and toast the memory of one of their own. Pay your respects to glowering Mother Flanagan and to the poor grieving fiancée, Fiona Finn. Listen to a eulogy written by County Sligo’s best-known writer, Mickey Finn, and tip a pint with Brian Ballybunion, himself a weaver of tales. Share memories of your own experiences and misadventures with dear, old Flanagan, or simply enjoy the stories and songs of the locals as they recall Flan’s life. Cross yourself with the blessings from St. Gregory’s parish priest, Father Damon Fitzgerald, or cross your fingers that local pagan Kathleen Mooney doesn’t cast a spell on you. Mayor Martin O’Doul will preside over the proceedings with an iron hand (and a parched throat) as he leads in grieving as only the Irish can. “A Great Party!”- Chicago Tribune “Roisterous & Boisterous!” – L.A. Times “A Hoot!” – The Boston Globe “A great time” – The Chicago Sun Times “One of the funniest shows you’ll ever see”- NBC “Crisp comic timing!” – Milwaukee Journal Sentinel

Check out HalfPrice.MN for half price tickets! 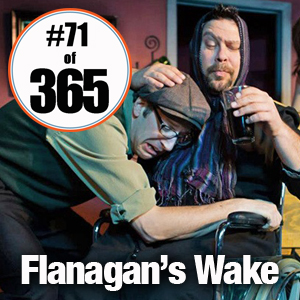